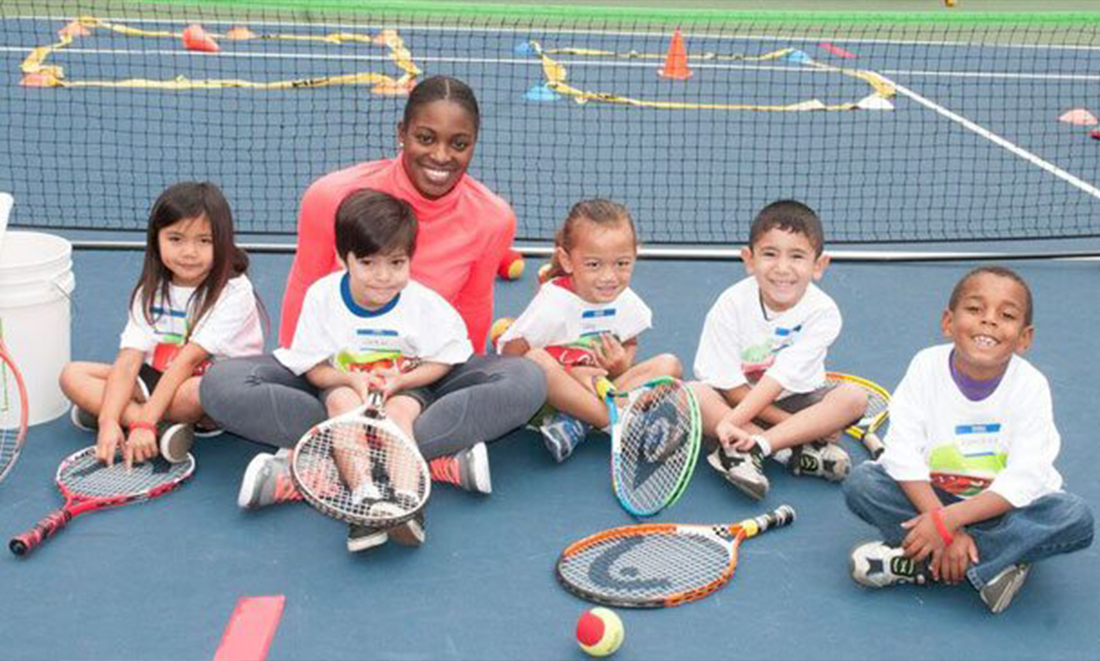 “The Schools Program organized two trainings to help teachers learn how to teach tennis to students in their After-School programs. Each school was given tennis racquets, mini-nets and the graduated Red, Orange, Green tennis balls that make learning to play easier.”

Bischoff added, “This year I have been working closely with Norm and Reggie Perry of NJP Sports, Inc. Having provided nets and upgrades at many NJTL sites, Norm recommend that I contact Ed Kruse of Trueline Construction & Surfacing Inc to do the painted lines. This was the first time that we have worked with the company, and they did a great job putting down the blended lines at the ten Compton schools.”

Many readers are probably aware that Stephens is dynamic. The word applies to her public presence as well as her tennis playing ability. The 22-year-old, who finished the year with a WTA ranking of No. 30, grew up in Fresno, but now spends down time in Los Angeles, when she isn’t training in Florida.

Were grades being given, her enthusiasm and the fun she has had working with youngsters would rate an “A+”. “Giving children the opportunity to play tennis and live healthy lifestyles is one of the goals of the Sloane Stephens Foundation,” she said. “I’m thrilled to partner with the SCTA to assist with the painted lines in Compton Unified School District. I’m even more excited to get out there and hit with the kids.”

Bischoff enthused, “This is an exciting time to be working with the Sloane Stephens Foundation and Compton Unified School District. Giving kids the opportunity to play tennis in school is a priority for the SCTA.  It is so important for children to start playing tennis at a young age so that they can immediately learn about the fun the game provides and with a start like this, they will continue to play, and enjoy tennis and the fitness aspect for the rest of their lives.

Summing up the partnership, Bischoff said, “It is wonderful to be working with Sloane and her mother, Sybil, along with the Compton Unified School District to make a difference in the lives of so many kids.”