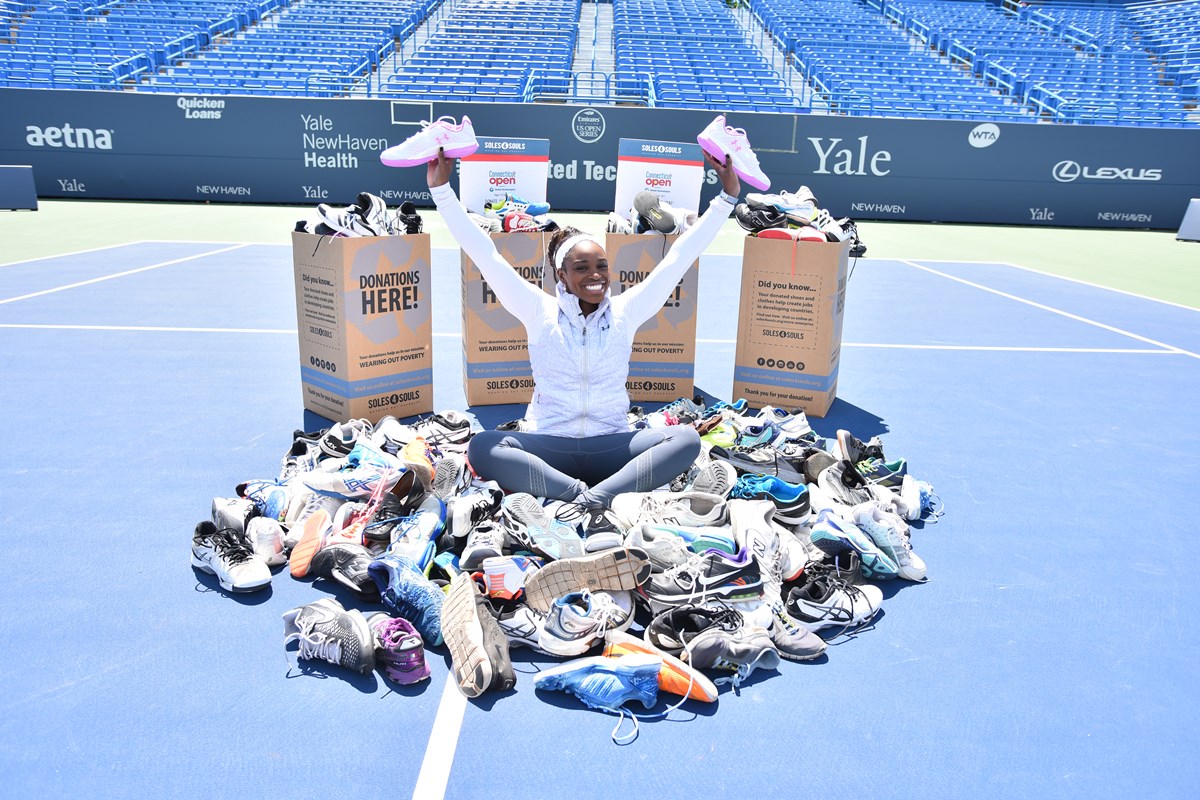 Posted at 00:22h in News by The Sloane Stephens Foundation

WTA star Sloane Stephens and the Connecticut Open presented by United Technologies will once again partner up in support of Soles4Souls, a Nashville-based charity that collects new and used shoes and clothing and redistributes it to those in need around the world. The Connecticut Open partnered with Soles4Souls in 2016 to donate a colossal 550lbs worth of shoes and former Grand Slam semifinalist Stephens announced a relaunch of that initiative this summer.

“The Connecticut Open is committed to giving back and I am thrilled that they will once again support my work for Soles4Souls,” said Stephens, who recently founded the Sloane Stephens Foundation, a not-for-profit organization that develops sustainable enrichment programs for school-aged children. “They collect lightly worn shoes and refurbish them for people who really need them. We as tennis players go through a lot of shoes and often they are left in the locker room, so I thought why not give them to a charity that can make an amazing use out of them.”

Anne Worcester, tournament director of the Connecticut Open, added: “Partnering with Soles4Souls was a natural fit with the tournament and its mission to leverage the power of women’s tennis and to support women’s, youth military causes. It was very exciting to see the collection bins piling up each day with donated shoes last year so we’re thrilled to be on board again for 2017 and hope to beat last year’s efforts. I’d also like to thank Sloane Stephens for leading the charge and helping to create more awareness of a program that impacts so many in a positive way.”

To have a Souls4Soles donation bin delivered to your office, tennis club or facility, or for more information on the Connecticut Open’s Soles4Souls efforts, please contact Nate Marcus at nmarcus@ctopen.org or call 203-776-7331 ext. 5818.