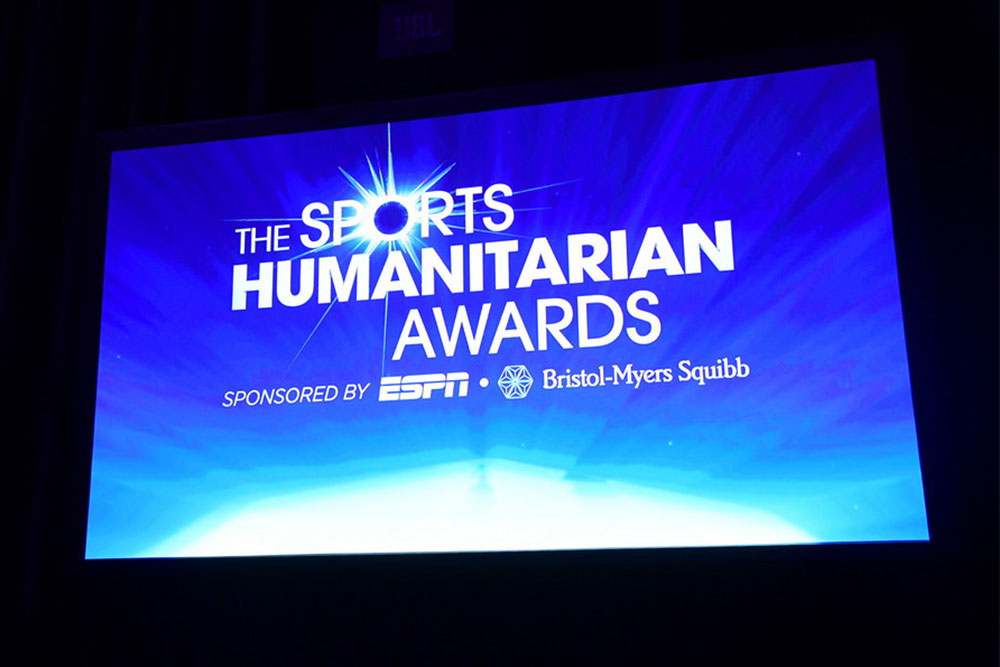 Posted at 18:24h in News by The Sloane Stephens Foundation

The fifth annual Sports Humanitarian Awards presented by ESPN and sponsored by Bristol-Myers Squibb Company will be held on Tuesday, July 9, at L.A. LIVE’s The Novo and will be hosted — for the first time — by Grammy Award winner, singer and songwriter Ciara. The Sports Humanitarian Awards are a celebration of the impact made by athletes, teams and sports industry professionals who use the power of sports to make a difference throughout the world. The evening will feature a special performance by acclaimed multi-platinum pop singer and songwriter Andy Grammer. Highlights of the evening will be showcased during a one-hour program on ESPN, July 18, at 7 p.m. ET.

“My family and I have witnessed first-hand the positive impact humanitarian efforts can have locally and globally,” said Ciara. “I am honored to celebrate athletes who are using their platforms to inspire, motivate and empower.”

This year’s nominees include (see below for descriptions on each award and finalist):

The Muhammad Ali Sports Humanitarian Award is given to an athlete whose continuous, demonstrated leadership has created a measured positive impact on their community through sports. The candidate must embrace the core principles that Muhammad Ali embodied so well, including confidence, conviction, dedication, giving and respect. The winner will be able to direct a $100,000 grant from ESPN to the qualified charity related to the award-winning humanitarian efforts. The finalists will be able to direct a $25,000 grant to the charity related to their award-winning efforts.

Nominees (winner to be announced at awards ceremony on July 9):